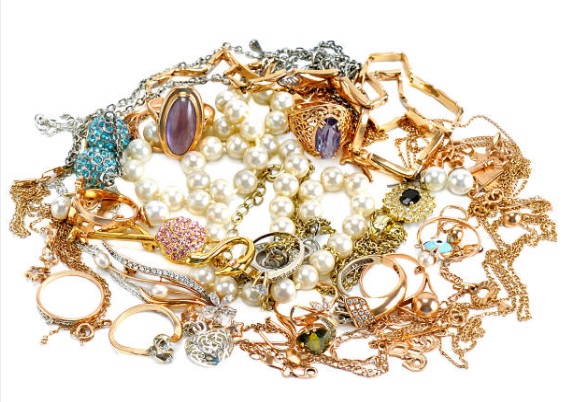 If you are willing to put in the time & effort to not only search but research, you too might end up with a ring twice as nice as anything you could typically afford at a jewelry store for half the budget.

Be realistic. Like your mother always said, “If it sounds too good to be true, it probably is”. If someone is offering a flawless 5 carat diamond ring for fifty dollars, run the other way. There is a big difference between a deal & an outright scam. You should also note that very rarely does the jewelry sold on Ebay appraise for what is quoted in the ads. Take that price & divide it by half & even then it may be an exaggeration, so do not let that sway you.

Patience is not only a virtue, it can also save you money. Ebay is the only place in the world where stalking is not only legal but also beneficiary as well. Say you found a ring you absolutely adore, but it is offered in an auction only format. Resist the urge to bid on it right away.

All that does is raise the price & the fact of the matter is items typically get more bids in the last hour of an auction than they do in all of the other days of the auction combined. Bidding too soon & raising the price only heightens the chance that the final sale price will be out of your price range.

I suggest waiting until the final seconds before placing your bid. I won my ring by not placing a single bid until the last 20 seconds of the auction (to lessen the chance of someone having time to outbid me) & by entering a maximum bid hundreds higher than that of the person before me.

If the auction ends for less than your maximum bid, that’s all you have to pay & the higher your maximum as compared to the current bid, the higher your chance of winning. Of course, this is not a fool-proof plan & you may be bidding against people who know the same tricks you do but it doesn’t hurt to try.

Get a second opinion. As soon as you receive your ring, take it (as well as a copy of the ad for reference) to a reputable jeweler and have it looked it. Ask if the color, cut, & clarity are all as described in the ad & that you got exactly what you thought you were paying for. This is where the all important return policy comes into play.

Pat yourself on the back. Secretly laugh inside every time a girlfriend shows off that ridiculously expensive ring her fiancé purchased for her at DeBeers. Chances are your ring is just as nice, if not nicer, & you & your fiancé probably won’t have to spend the first year of your married life living off of macaroni & ramen in order to pay it off.